This pronghorn “antelope” head was removed from a carcass by a wolf pack. It was frozen and sent to DMLC. When thawed, we carefully made a cut around the entire skull… 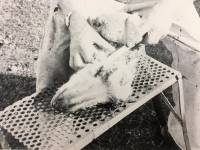 and the skin was carefully pulled off the animal's head

so that it looked like this without its skin 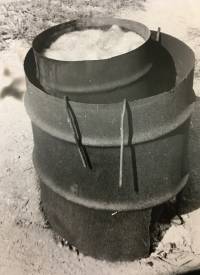 and the remaining skull was boiled in a sal soda solution for one and a half hours, tissue scraped free and the skull was bleached in a hydrogen peroxide solution to whiten it.

Most of the skulls in this case have been prepared in this fashion.